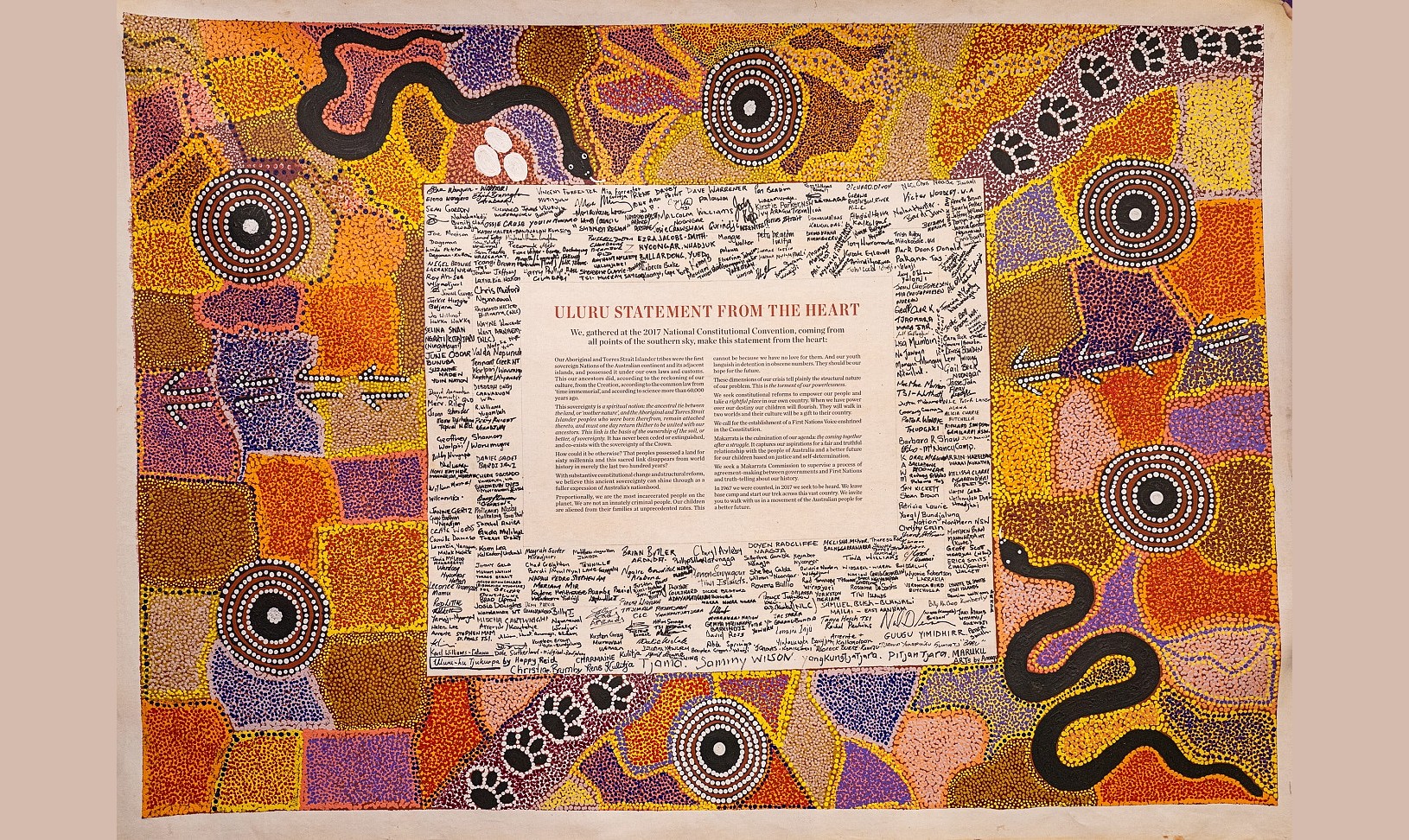 Above: The Uluru Statement from the Heart (Reconciliation Australia supplied).

The Federal Government is likely to begin a broad civics campaign to educate the public on referendums in early 2023, in preparation for the Voice to Parliament referendum vote.

A Voice to Parliament will give Aboriginal and Torres Strait Islander people more control over decisions that impact their lives; and by embedding the Voice in the Constitution, it will not be able to be removed by successive governments.

The Narragunnawali community has the potential to drive considerable impact by informing and educating on an Indigenous Voice to Parliament. We encourage teachers and educators to actively consider how their school or early learning service’s commitments support Aboriginal and Torres Strait Islander self-determination.

These could be in relation to RAP actions, for example Exploring Current Affairs and Issues; Recognising and Respecting Rights; Developing Inclusive Policies; Ensuring Aboriginal and Torres Strait Islander Representation on Committees (including RAP Working Groups); and provision of Opportunities for Aboriginal and Torres Strait Islander Students and Children.

There are many resources available to integrate the Voice into education settings: