With debates around climate change (or global warming) in media headlines across  the world, it’s important for us to look in our own backyard to see how we can make small changes that can collectively have a big impact. The Australian landscape is rich in its diversity and unique in multiple ways, from arid deserts to rich rainforests to coastal escarpments and beaches. First Nations peoples have lived sustainable with Country for thousands of years. Over the last 150 years of industrialisation, the burning of fossil fuels, farming and deforestation and population growth have placed increasing demands on the environment. The Earth’s temperature has warmed by 1°C, and while it doesn’t sound like much, rising temperatures are contributing to rising sea levels, wild fires and dangerously low numbers of resources, including food and water shortages which are disproportionately affecting First Nations people.

It is important that First Nations perspectives are at the forefront of the Climate Change debate, policies, and sustainability practices. In having a better understanding of the Country on which we live and learn we can make changes to our every day practices so that our children and their children’s children will still have a natural environment to play in and experience from themselves.

This article takes a look at some examples of First Nations land management and sustainability practices that have been in the media lately, reminding us of the importance of including Aboriginal and Torres Strait Islander perspectives into learning and teaching about climate change, sustainability and the environment. 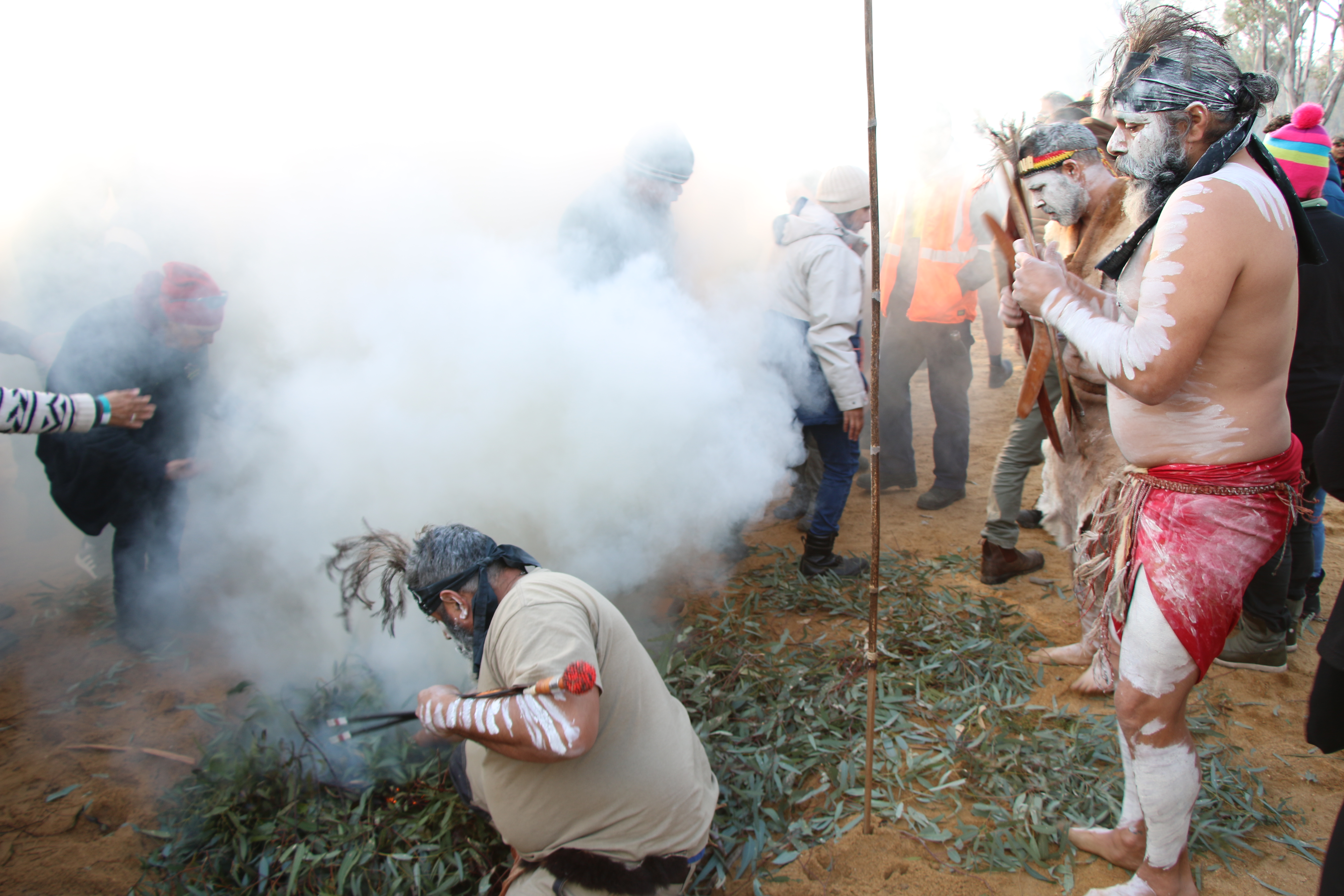 Growing up in Australia means a familiarity with the term “bushfire” from a very young age; every year too many Australians have their homes and lives threatened (or taken) by rampaging blazes that rapidly sweep the landscape, leaving charred devastation and loss in their wake. 2019 is supposed to be another record braking summer, and after severe droughts that have rocked the country and our farmers, we are only in recent times, looking to First Nations cultural practices to help care for Country.

This relationship that Australian summer has with fire is so ubiquitous that it’s commonly referred to as “bushfire season”. Whilst most school children may not remember moments in time such as Ash Wednesday 1983, Canberra 2003, or Black Saturday 2009 – they will certainly know what a bushfire is. What they may not know, is that for thousands of years Aboriginal and Torres Strait Islander peoples have purposefully-lit fires  as an essential land management tool.

Whilst cultural burning is nothing new, it is only recently that non-Indigenous Australia is officially recognising the value of thousands of generations of knowledge in effectively managing the land (120,000 years in fact). Beyond simple “back-burning” practices already utilised by Rural Fire Services for decades, local Aboriginal Land Councils and cultural groups are being consulted across Australia to incorporate cultural burning approaches into mainstream land management practices. The practice of cultural burning works in concert with indicators provided by the landscape itself and the stars, to effectively reduce undergrowth build-up and rejuvenate the environment with the right fire at the right time.

Organisations such as the Firesticks Alliance, which continues the legacy of the deceased Elders Dr Musgrave and Dr George, are actively passing on that knowledge of properly using fire to manage and care for Country. Each year the National Indigenous Fire Workshop is held to celebrate cultural fire knowledge and practice. This year’s event was co-hosted by the Yorta Yorta people and held along the Dhungala (Murray River) at Barmah National Park, Victoria. Representatives from the local Yorta Yorta people acted in concert with the Firesticks Alliance crew to lead cultural burns and related workshops to promote “healthy Country and healthy people”. Over 400 people attend this 3-day cultural sharing event.

1. How does cultural burning differ from simple hazard reduction efforts?

2. To conduct a cultural burn in your area, who would need to be involved?

3. What other First Nations land management practices are significant to your local area?

4. In what ways do industrialised farming techniques interfere with the practice of using fire to care for Country?

How did those trees get there? Food transport for the ages

Much is being said globally of declining bee populations and Australia’s bees are not exempt from trouble. The potential impact on global food supply if we continue to lose these natural pollinators is a central part of the climate change debate –fluctuations in temperature and plant blooming cycles could drastically impact the natural cycles and activities of bees around the world. Beyond our bees, there are birds and other animals – even the weather itself – that are essential in spreading pollen and seeds necessary for the regrowth of trees, flowers and crops across all environments.

But what if a plant has seeds that are too heavy to be carried by the wind or bees, or even birds? First Nations peoples of Australia are now being credited with the spread of vital plants whose seeds were too big to be dispersed by other natural methods; specifically Castanospermum australe, otherwise known as the black bean or Moreton Bay Chestnut tree. Research projects, in collaboration with local Elders, are beginning to combine scientific methods and traditional stories to determine the extent to which Aboriginal and Torres Strait Islander people influenced the plant life of their surroundings.

Using DNA mapping of plants, researchers at the Macquarie University are attempting to explain the spread of the black bean plant from as far north as Cape York, down south into northern regions of NSW. Aboriginal peoples of these areas of NSW have used the black bean seeds to make flour for a type of bush damper for over 2,000 years, but how did those trees get there in the first place?

The trees in this area may in fact be descendants of the trees growing in Cape York. Researcher Dr Emilie Ens is a cross-cultural ecologist at Macquarie University. Dr Ens is leading a three-year project, working in collaboration with Elders who have living knowledge of the plant systems through Songlines that describe their Ancestor’s journeys across the landscape transporting these seeds for food production.

“Our research combined Western scientific genetic information with Aboriginal ethnographic knowledge to piece together the dispersal of rainforest trees prior to colonisation,” said Dr Ens in describing the project. “The black bean story in northern NSW involves a Songline which talks about an Ancestral Creation Spirit that walked from Byron Bay across the range towards western NSW carrying a bag of beans,” she said.

What is interesting is that prior to colonisation, “there were disjunct populations of the bean tree in Cape York and NSW and not much in-between,” according to Dr Ens. Just as Bruce Pascoe has been challenging the myths of Australia’s First Nations peoples as being purely nomadic and without any agricultural practices, so too, Dr Ens and her contributors are trying to demonstrate an active cultural practice of cultivating the Land to meet the needs of Aboriginal Groups of the time.

It is projects such as this, working in conjunction with local Aboriginal and Torres Strait Islander peoples’ working knowledge of cultural practices, that can provide evidence of early agriculture, and confirm that the First Nations people in fact moved these plants from one place to another.

The research forms a preliminary study that is itself part of the 2018-2020 Rediscovering prehistoric Aboriginal plant dispersal pathways ARC Discovery project that is led by Dr Ens.

1. What edible plants do you know existed in your area before colonisation?

2. Are there any things you can do in your own garden to promote a more sustainable food practice?

3. Do you know any of the traditional food practices that formed part of the Aboriginal or Torres Strait Islander peoples of your area? You could reach out to the local Traditional Owner’s group or Land Council to get in contact with keepers of traditional knowledge. 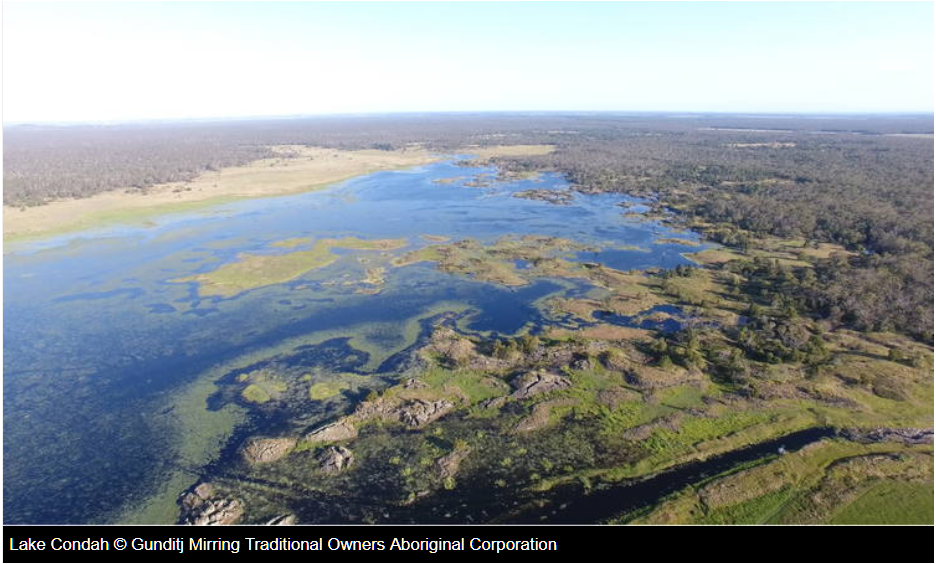 Following a process that began in 2002, UNESCO has officially recognised an Aboriginal aquaculture site in South-Western Victoria of cultural importance. The first Aboriginal region in Australia listed purely on the merit of its cultural significance rather than natural beauty, the area known as the Budj Bim Cultural Landscape includes a series of artificial water-based systems at Tae Rak, Tyrendarra and Kurtonitj. These systems demonstrate human interaction with the environment by the Gunditjmara people to manipulate water flow in order to trap, store and harvest kooyang (eels).

Estimated to be over 6,000 years old, the site is comprised of channels, weirs, dams and ponds that were designed by the local inhabitants to take advantage of the confluence of waterways with lava flow formations, as well as the migratory patterns of the eels living in the area. The demonstration of an understanding of these interactions, as well as the skill required to develop, construct and maintain these systems, is evident through the long-standing cultural traditions of the Gunditjmara people. The site also includes Budj Bim, a Gunditjmara Ancestral being and volcano from which the lava flows originated.

In recognising the site, UNESCO openly acknowledged the local people’s interaction with the landscape, stating that the area “bears an exceptional testimony to the cultural traditions, knowledge, practices and ingenuity of the Gunditjmara,” and “despite historic interruption for much of the 20th century, the property has retained its authenticity.”

The enduring efforts of the Gunditj Mirring Traditional Owners Aboriginal Corporation were instrumental in this landmark recognition of the site, which has the potential to set a precedent for a number of other areas to be similarly recognised around Australia.

1. What does this mean for the myth that all Aboriginal people were nomadic, with no fixed agricultural practices?

2. What other technologies can you think of that were developed by Aboriginal and Torres Strait Islander people?

3. Are there sites or areas near you that might also qualify as culturally significant? What can you or your school/early learning service do to ensure it is kept safe?