Reconciliation in the Media - Celebrating women: Power, Strength and Resilience

As leaders, trailblazers, social change-makers and advocates, Aboriginal and Torres Strait Islander women have been both at the forefront of the changing social landscape of Australia, as well as the pillars of strength that have helped other Aboriginal and Torres Strait Islander peoples and the wider Australian community come together in unity, for the purpose of equity and equality of Australia's First Peoples. With this year's NAIDOC theme 'Because of her, we can!' in mind, the below articles delve into the momentum of treaty negotiations, celebrating and acknowledging the mothers, sisters, aunties and daughters of our nation's First Peoples, and a campaign to increase the physical acknowledgement of Australia's First Peoples beyond '15 days'. 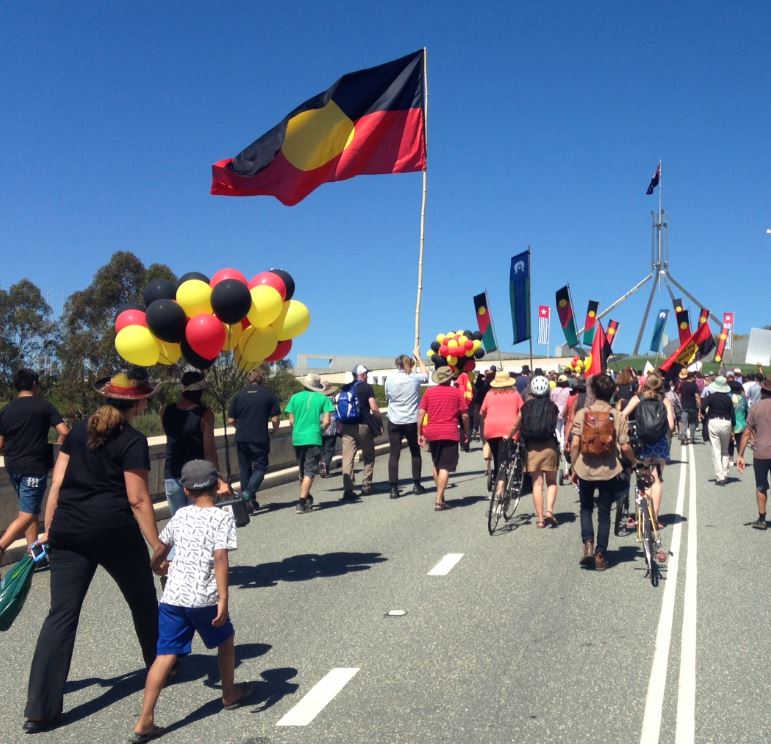 Victoria has passed Australia's first treaty bill, setting up a path for the government to one day ratify agreements with Aboriginal people. The bill allows for the creation of a representative body, through the Victorian Treaty Advancement Commission and elected by Aboriginal Victorians by mid-2019, that will help design the treaty negotiation framework. The Treaty Advancement Commissioner, Jill Gallagher, is talking with Aboriginal communities about their aspirations around the development of a treaty, or treaties. These conversations are occurring at community gatherings right across Victoria.

The Commissioner’s role is not to negotiate treaty itself. Rather, it is to maintain momentum for the process, and set up the Aboriginal Representative Body, which will set the appropriate 'ground rules' for negotiations.

The advancement of treaty processes in Victoria has also bolstered positive momentum around treaty talk and action in other parts of Australia. During NAIDOC Week, Tasmania held a celebration that was “capped off with a rally held in Hobart at Parliament Square with the theme of ‘treaty’.”* Over 100 people participated in the march, and many other Australian states and territories are looking to follow. Furthermore, this year’s Garma Festival was themed around Truth-Telling, with corresponding discussions and events tied to the concept of ‘treaty’.

The Lifetime Achievement Award was presented to Alyawarre woman, Pat Anderson AO, who has dedicated her life to promoting equal and equitable health and education opportunities for Aboriginal and Torres Strait Islander people.

According to Anne Martin, NAIDOC Committee Co-Chair, “To finally celebrate and recognise our women who have given so selflessly across the years to ensure a better future for all… When we talk about trailblazers, it is these women we are talking about. They are trailblazers and so much more.”

The above accolades were among a suite of seven NAIDOC Awards, which celebrated the achievements of Aboriginal and Torres Strait Islander people – and one business – for their contributions to sport, community services, education, and social justice. 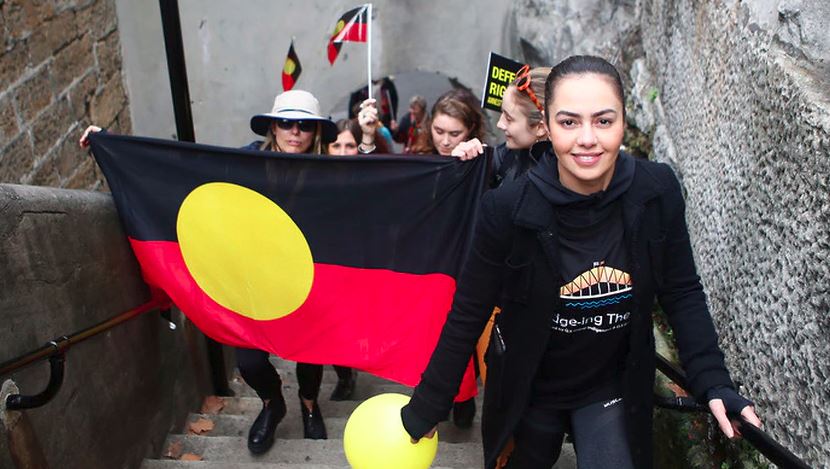 Flying the Aboriginal Flag - Moving it beyond a week

Kamilaroi woman, Cheree Toka, has been campaigning for over a year, positively pushing for the Aboriginal flag to be permanently flown on top of the Sydney Harbour Bridge. The flag is currently only raised above the bridge for 15 days a year, such as on Australia Day and during NAIDOC and National Reconciliation Weeks. During this year’s NAIDOC Week, Cheree Toka was accompanied by more than 100 people marching across the bridge in an awareness-raising campaign. The campaign aimed at challenging the NSW government to actively acknowledge Australia’s First Peoples “beyond a week” per year by permanently flying the Aboriginal flag above the bridge as a strong and ongoing visible demonstration of respect. Cheree has so far collected more than 90,000 signatures in an online petition, and argues that “keeping the cultural symbol hoisted over one of the world's most famous bridges would celebrate Aboriginal heritage and culture, of which there is precious little sign in downtown Sydney.” – Australian Financial Review, July 13, 2018

Reflective/Discussion Questions: Take a look at the Flags as Symbols of Reconciliation Professional Learning resource on the Narragunnawali platform and consider the following: