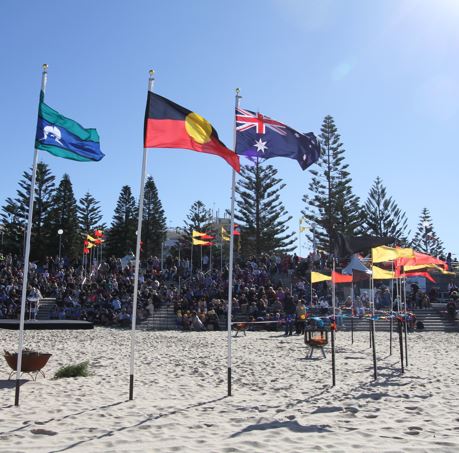 The International Day of the World’s Indigenous Peoples presents a great opportunity to engage with the United Nations Declaration on the Rights of Indigenous Peoples (UNDRIP), which was adopted by the General Assembly of the United Nations in September 2007. This was the culmination of more than 20 years of negotiation between Indigenous peoples, including Aboriginal and Torres Strait Islander peoples, and governments of the world. The Australian Government announced its support for the Declaration in 2009.

Recognising and respecting both the shared and unique rights of Aboriginal and Torres Strait Islander peoples is one of the many Actions to select from in developing a Narragunnawali Reconciliation Action Plan, and there are a range of resources that can support engagement with this Action.

One such resource is the Australian Human Rights Commission’s RightsED series – a suite of classroom activities designed to help students to gain a critical understanding of human rights and responsibilities, and develop appropriate attitudes, behaviours and skills to effectively apply human rights in everyday life. The RightsEd resources are mapped to the national curriculum, are free to download, and provide a platform for understanding how diverse rights-based frameworks – including child rights, human rights and Indigenous rights – work together to tackle racism, foster inclusion, and ensure both equality and equity.

Alongside the primary and secondary school resources provided as part of the RightsED series, the Australian Human Rights Commission has also started working more closely with the early childhood education sector, recognising that early learning environments represent powerful settings for children to begin developing an awareness of their rights and responsibilities, and develop respect for those around them.

Consider celebrating the International Day of the World’s Indigenous Peoples, and engaging with the RightsED series, as part of your school or early learning service’s commitment to celebrating days of national significance, recognising and respecting rights, and fostering reconciliation in education more broadly!

More information and ideas can be found here on the Narragunnawali platform: