Reconciliation in the Media – Celebrating or Commemorating days of National Significance 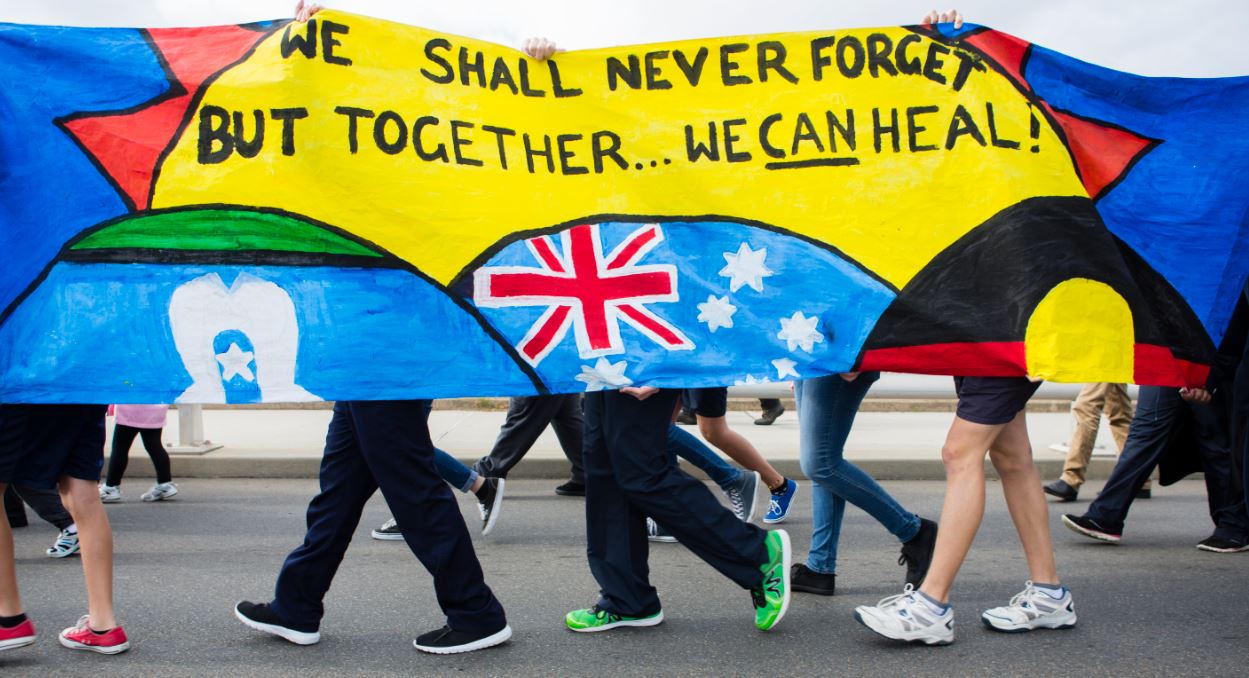 Throughout the year, there are a number of dedicated days and weeks that are significant for Aboriginal and Torres Strait Islander peoples, and for reconciliation in Australia. The media provides opportunities to engage in discussions, and hear different perspectives. Some of the stories we hear are sensationalised, others are down-played for different (not usually positive) reasons. Engaging with the media in early learning education, primary and secondary school classrooms, is a great way to challenge truths, and explore current and relevant stories.

Celebrating or commemorating these days and weeks of national significance can provide a great anchor point for teaching students and children about longstanding Aboriginal and Torres Strait Islander histories and cultures, as well as exploring contemporary affairs and issues. The media plays a vital role to play in highlighting diverse perspectives around these dates of significance, and stimulating safe and meaningful public discussions.

Incorporating Aboriginal and Torres Strait Islander perspectives into teaching about days of national significance can help to challenge assumptions, and provide a more nuanced understanding of the meaning of these days for Australia’s First Peoples.

Two recent dates of national significance for students to critically engage with media include 26 January, and the 10th anniversary of the National Apology to the Stolen Generations on the 13 February, 2018.

Australians hold many different views on the significance of 26 January. For many, it isn't a day for celebration, but is a day on which Aboriginal and Torres Strait Islander ways of life were changed forever.

In 2018, the call to #changethedate was high on the public agenda and many have weighed in on the debate. Radio station Triple J distanced its annual Hottest 100 countdown from 26 January after a poll revealed 61% of its listeners were in favour of a date change. Alice Springs Town Councillor Jacinta Nampijinpa Price, who is in favour of keeping Australia Day on 26 January, argues that “by ignoring this date, we’re ignoring the significance of this particular date and we do need to learn about our country’s history in its entirety — all that is really horrible about our history, but all that’s really good about our history, as well.”

These dialogues need to happen, and it is important to understand the diversity of perspectives surrounding the ‘Change the Date’ conversations, and discussions on Australia’s national identity.

On 25 January, 2018, Channel Ten’s The Project, released a short clip speaking to historical truths, and asking the question, “Is 26 January really the best day for all of us to celebrate Australia Day?”. A warning for Aboriginal and Torres Strait Islander viewers: this story may contain images or voices of deceased persons.

To help bring the dialogue into your staffroom and school or early learning service, take a look at Reconciliation Australia’s Let’s Talk… January 26 fact sheet, look at the ICTV (Indigenous Community Videos on Demand) The Future Australian Anthem film, or consider engaging with the RAP Action Teach about Days of National Significance and its accompanying professional learning and curriculum resources on the Narragunnawali platform.

On 13 February 2008, former Prime Minister Kevin Rudd moved a motion of apology to Australia’s Aboriginal and Torres Strait Islander peoples in the House of Representatives, apologising for past laws, policies, and practices that devastated Australia’s First Peoples – in particular, members of the Stolen Generations.

This anniversary acts as a reminder to all Australians that sorry is more than a word – and that communities, peak organisations, politicians, and policy makers must continue to work together to achieve positive outcomes for Aboriginal and Torres Strait Islander peoples.

Since the 2008 apology, research into the number of Aboriginal and Torres Strait Islander children being removed from families has found that the number of children in out of home care has grown, rather than diminished.

The Healing Foundation have published case studies of some members of the Stolen Generations which staff and students may consider engaging with. The National Library of Australia has also developed an oral history project as part of the Bringing Them Home Report recommendations. The project served to collect and preserve the stories of Aboriginal and Torres Strait Islander peoples, and others, such as missionaries, police, and administrators involved in, or affected by the removal of children. Please be advised that sensitive topics are expressed within each case study, and that they are lived experiences from the individuals.

As a teacher, consider looking at some of the case studies on the Healing Foundation platform, then viewing the Apology speech and Reconciliation Australia resources. When discussing the Apology, the Stolen Generations, how far the reconciliation journey has come in the last 10 years, and what some of the next meaningful steps may be you might like to look through our Cultural Safety and Respect in the Classroom professional learning resource.

To commemorate 10 years since The Apology, Reconciliation Australia is giving away 50 copies of the DVD ‘The Apology, to the Stolen Generations Documentary’.

The first 50 schools or early learning services to contact us with their postal address will be sent a copy.