Reconciliation in the Media

Whether positive or negative, media coverage often provides an opportunity to start important and lively conversations in schools and early learning services. Who hasn’t engaged, in some way, in the Adam Goodes controversy of the last few years? Conversations about whether racism was to blame when stadiums full of AFL fans booed the 2014 Australian of the Year set dining tables, playgrounds and classrooms alight across Australia. In this section we will share recent events that put a spotlight on the complex historical, social, political and cultural threads that weave the fabric of this nation. You may like to use these examples as catalysts for conversations with colleagues, parents, students or children. 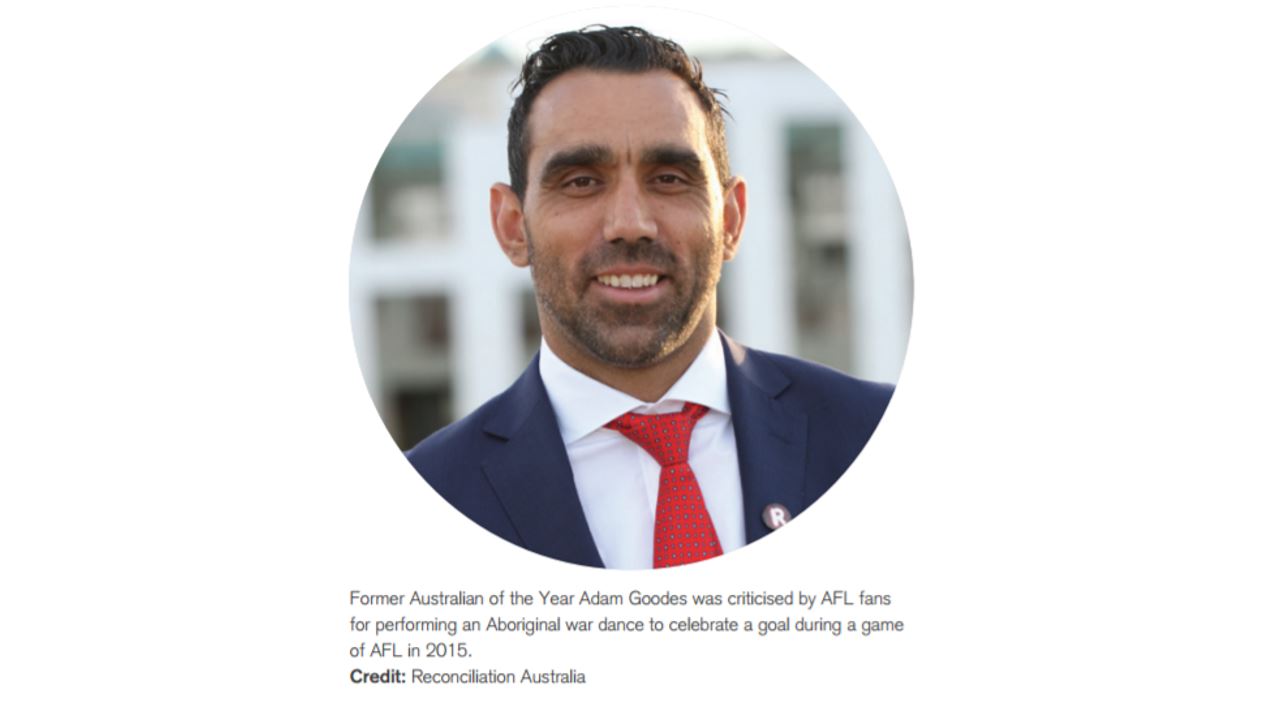 In February, musicians Thelma Plum and Briggs called out two men for painting themselves black and dressing as Aboriginal people for an “Aussie icons” party. The musicians gained much support, but also found themselves the target of vicious online abuse.

Conversation starter: Why is ‘blackface’ offensive?

On 9 December 2015, Paul Keating delivered a speech reflecting on his iconic address at Redfern Park in December 1992. Echoing the Redfern address, Keating once again called for non-Indigenous Australians to “interpret Australia through Aboriginal eyes”, asserting this is the “only way to understand the land on which we live”.

Conversation starter: In what ways can non-Indigenous teachers and students respectfully take on Keating’s challenge to “interpret Australia through Aboriginal eyes” in order to better understand the land on which we live?

Journalist and Wiradjuri man, Stan Grant, delivered a powerful speech about the impact of colonisation and discrimination on Aboriginal and Torres Strait Islander people, arguing that racism is “at the heart of the Australian dream”. The speech was described as Australia’s Martin Luther King moment and a companion to Keating’s Redfern address in 1992.

Conversation starter: Is it possible to uphold the Australian dream if racism sits at the heart of it?

Newspapers and social media lit up on 26 January with passionate discussions around what the day represents. As part of festivities in Sydney on 26 January the Australia Day Council committed to a greater focus on Aboriginal and Torres Strait Islander events. Scheduled events included a Smoking Ceremony under the guidance of Aboriginal Elders around Sydney Harbour.

Conversation starter: How can we create a day all Australians can celebrate?