Reconciliation in the Media – NRW: Be Brave. Make Change. 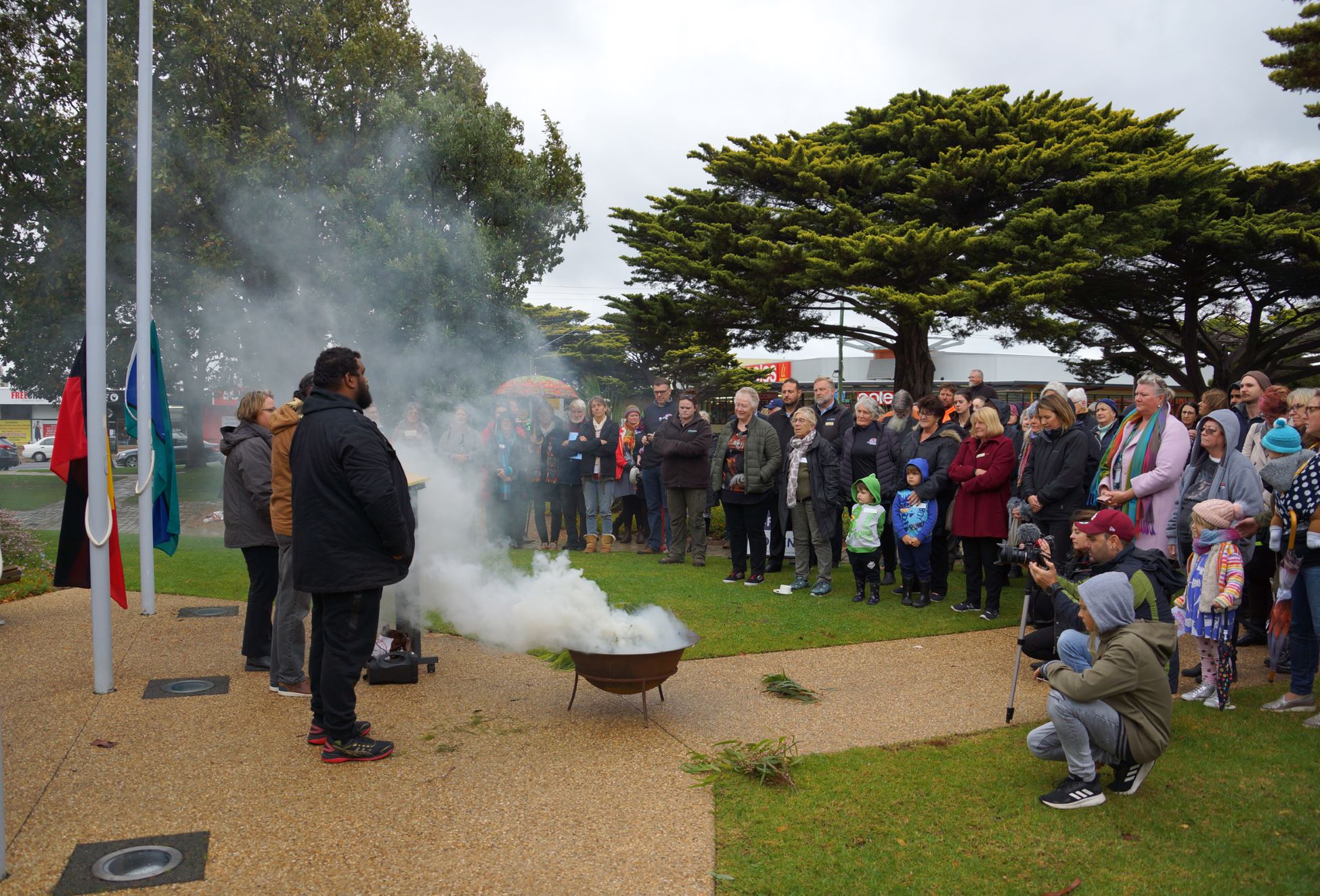 Braving the challenges of repatriation

The remains of the last of 13 Wiradjuri ancestors taken during scientific missions in the 19th and 20th centuries have been returned to Wiradjuri Country in Wellington.

The last four ancestors were previously held at the Australian Museum. The repatriation of the remains happens in the institution’s efforts to promote healing and reconciliation.

The remains are among the earliest modern humans discovered anywhere in the world.

“Today is special because, from a cultural lens, Aboriginal people belong to the Country, they belong to the land on which they were born. And in order to feel solely complete and whole as an Aboriginal person, you need to be bought back to Country to be laid to rest.” she said.

Aboriginal students from Wellington Public School said it was a “privilege” to be invited to the ceremony on Friday 6 May, to watch their ancestors be laid to rest.

The bravery to realise potential

Cleaver identifies as ‘queer, disabled and Indigenous’, and said they were often made an example of and subject to ‘implicit bias’.

Their experience is one which often entails being sought for advice on behalf of First Nations, disabled or LGBTQIA+ people, often being “used for my lived experience,” Cleaver said.

They put their bravery and inspiration down to their late mother’s experience of hardship, trauma and frustration as an Indigenous woman.

Cleaver continues to find success through adversity, advocating bravery in the pluralised-identity space.

Residents of Roebourne – the North West’s oldest town which is today home to a majority Indigenous population – have since 2019 had to drive 10km to Wickham or 30km to Karratha’s larger supermarkets to buy groceries.

The non-profit supermarket model is one which could be adopted by other small North-West towns, with limited access to groceries.

“Quite a few people in Roebourne, especially our Elders, don’t have a car or a license so travelling to Karratha or Wickham to access basic food items was a major barrier for many in our community.”

Change-making within Indigenous non-for-profits and social enterprises often commit to revitalising and sustaining Indigenous language, culture, art and community. ‘Be brave. Make change’ is well and truly embodied by this remote community.

The NSW Schools Reconciliation Challenge is an annual writing and art program for young people across NSW and the ACT.

This year, it celebrate 13 years of the Schools Reconciliation Challenge, and hopes to challenge its students through its theme From River to Sea: Our Island Home.

The Schools Reconciliation Challenge exhibition 'Caring for Country' is a selection of artworks and writing by school students inspired by First Nations peoples’ understanding of Country.

The NSW State Reconciliation Council, and other state and territory councils like it, house an important role in progressing reconciliation at the local level.

The needs of community have been listened to, in a launch of the very first Indigenous owned, operated and led Nation-wide helpline.

The hotline offers a unique 24-hour service that will provide a culturally safe space for First Nations people to seek help in times of crisis.

In its unique Co-design, the call-centre is exclusively run by Indigenous staff. 13YARN will offer clinical and cultural support around the clock to Aboriginal and Torres Strait Islander people.

It’s an initiative that’s funded by the Australian Government Department of Health.

With its strong emphasis on cultural-safety modelling and an initiative that employs a conversational approach, it is hoped that the initiative will support First Nations people in times of need.