Reconciliation in the Media – March 2022 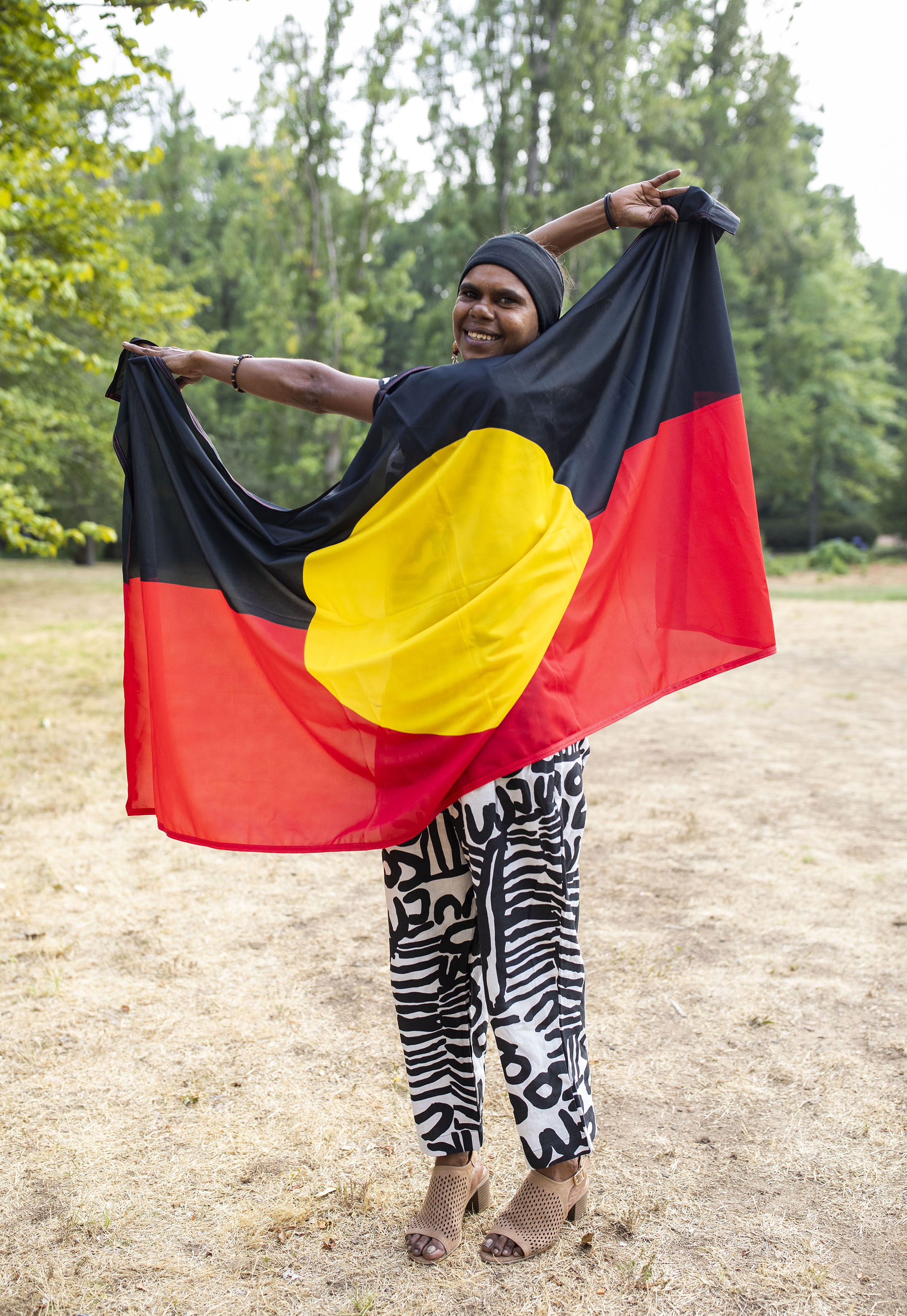 Who owns the Aboriginal flag? And from who was it freed?

The backstory: Luritja artist Harold Thomas created the Aboriginal flag more than 50 years ago and, as the copyright holder, granted the exclusive use of it to non-Indigenous company WAM Clothing in 2018.

On 25 January 2022, it was announced that the flag’s copyright has been transferred to the Commonwealth in a $20m deal. This means that it is freely available for public use. While the deal was welcomed by many Indigenous-owned and led businesses – like Clothing the Gaps who have campaigned to “free the flag” – questions remain  about its future custodianship.

In an article in The Conversation, Professor Bronwyn Carlson writes, “The Aboriginal flag does not belong to all Australians. It belongs, like the land, to us as a symbol of our sovereignty.”

As a steadfast and ongoing symbol of resistance and survival, the Aboriginal flag represents always was and always will be Aboriginal land.

Aboriginal flag to fly on the Sydney Harbour Bridge

Soon after the announcement that the Aboriginal flag was freed, NSW Premier Dominic Perrottet approved the flag to be flown on the Sydney Harbour Bridge, 365 days a year, instead of the 19 dates it previously did.

Kamilaroi activist Cheree Toka was at the centre of this momentous feat, having campaigned for years for equal representation on one of Australia’s most recognisable landmarks.

She reflects in an article for Broadsheet: “The Aboriginal flag is a source of pride, and its colours represent 60,000 years of continuous culture and more than 250 distinct language groups. To me, it represents true Australia and the rich culture of our first people, which still thrives today… [The decision is] a small step forward, but it’s a step in the right direction. We’ve made history and a legacy for First Nations people.”

Reconciliation efforts by the City Council of Mount Gambier and their Yerkalalpata RAP Community Reference Group have taken off, as Mount Gambier's Landmarks undergo a name-refresh.

The Boandik people are the Traditional Custodians of the Mount Gambier region, reflecting their connections to the Land and waterways

The council’s long-term plan involves signs at key landmarks, including one on the entrance to Mount Gambier or "Berrin", as it is known by the local Aboriginal community.

In an ABC News article, Boandik Elder Aunty Michelle Jacquelin-Furr says, "When you go to a place and see it using the Aboriginal names of that area, you can see there is pride that the Aboriginal people have in seeing that their language is being used".

Dual-naming is an important step in a community’s reconciliation journey. It reinforces truth-telling and place-based reconciliation.

A team of six from the Yarra Region believe that “a RAP can help First Nations people feel like they are being heard”, said Gunai-Monaro youth parliamentarian, Chloe Baulch.

They took the Mandatory Reconciliation Action Plans in Schools Bill 2021 in the Victorian Youth Parliament at the start of October 2021, which tabled an overwhelming support.

The group believe a RAP can create a more culturally safe and equitable school environment, as 22-year-old Youth Parliamentarian Ollie Hackett reflects; “As a group we agreed that, especially as we’re all from the Yarra Ranges, it was something we saw often – because we have quite a few Indigenous people out our way – there’s still such a gap between the two groups.”

While RAPs are not mandated for schools, there are over 10,000 schools and early learning services registered to develop a Narragunnawali RAP. You can see who has a published RAP here.