Zoe Cassim from the Narragunnawali team sat down with Liza Hamilton, Deputy Principal Instructional Leader - Aboriginal Students from Maclean High School to chat about what winning the Narragunnawali Award 2019 has meant for the school and the community.

What did it mean for you, your school and your community to be the winner of the Narragunnawali Awards 2019?

You won because of the great work you have already been doing, but since receiving the Award, have you introduced/started any new reconciliation projects? If so, what are they and why?

Liza: Applying for the Narragunnawali Awards really affirmed what we had already been doing in the school, but it also made me question what I am doing in my professional role, in my personal development around reconciliation, and learning about Aboriginal and Torres Strait Islander cultures. I was in an Instructional Leadership position at the time and my colleague flicked me the email saying “We do all of this stuff.” We just had to make it formal. So applying for the Awards, that became a really good project that I could do in my role, with the staff and students. It was tangible action.

It’s so great that you were able to recognise that this process was just affirming what you have already been doing!

Liza: Yes, definitely! We were really lucky because we had 10 years of other people really doing a lot of back-breaking work getting the community on board. Getting the cultural tours up and running and I was really thankful because these other really great people paved the way and when they retired or left the school it was handed on to me.

I was grateful that in this Deputy Principal role that I could really put the time into it. What happens with a lot of these jobs is that it’s the passionate people who often don’t have enough time and it’s so easy to see these sorts of things slip through the cracks. And you can’t afford that in education. Particularly Aboriginal education. I would like to think we would have won the Award without my position, but it really drew a lot of things together.

What I found when writing a RAP for 2021, it opened up a whole new gamut of projects that we are now working on. With COVID-19 we have now gone digital—our whole National Reconciliation Week was on podcasts. Part of the prize money we won from the Awards has gone to a GoPro that our students are using to record their own Acknowledgements of Country or Welcome to Country. These are shown every Monday morning to the school, at staff meetings and before P&C meetings. We’ve also been doing Cultural Portraits with students and staff as well, where they can be dressed, painted up and showcasing their pride in their own cultures. It has been really powerful in instilling that pride and belief in the students. These projects also benefit the students who aren’t Aboriginal too!

The Narragunnawali Awards 2021 are soon to be open, do you have any advice for schools who are thinking of applying?

Liza: Applying for a Narragunnawali Award is really reaffirming. You have to start somewhere. When it comes to reconciliation and the work around Aboriginal education, it’s scattered everywhere. So unless you sit down and take a look at what you’re doing with your staff and school, then you won’t get the full picture.

We have been really lucky in having such a strong community and those relationships. But you don’t want to take advantage of that either.

Unfortunately the Elders are moving on, so we are very conscious we have to keep building things and making the most of the time we have so that local history remains and that trust is constantly building. And we need to reciprocate within these relationships and take time with community rather than expecting them to give us everything. 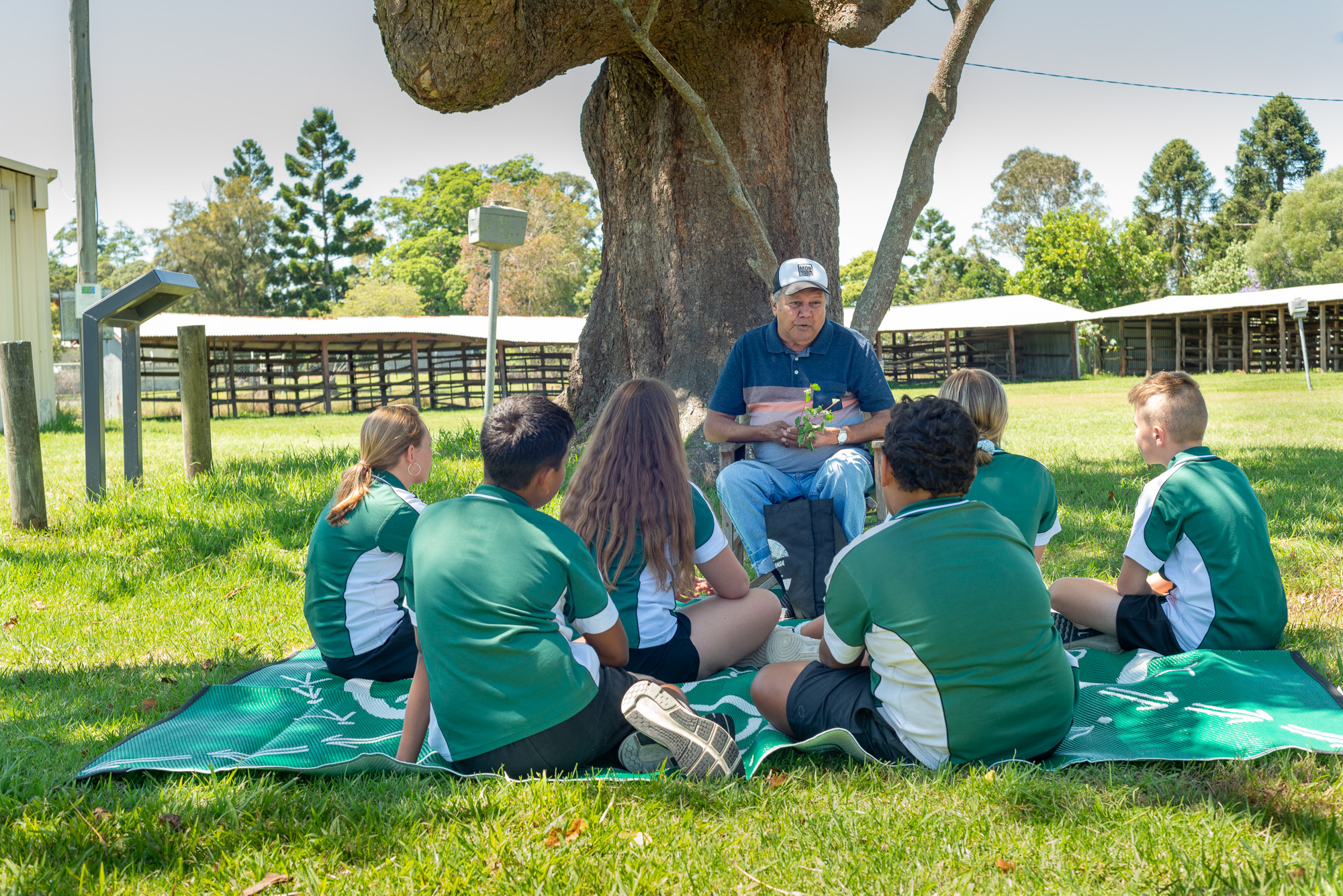