Reconciliation in the Media – December 2022 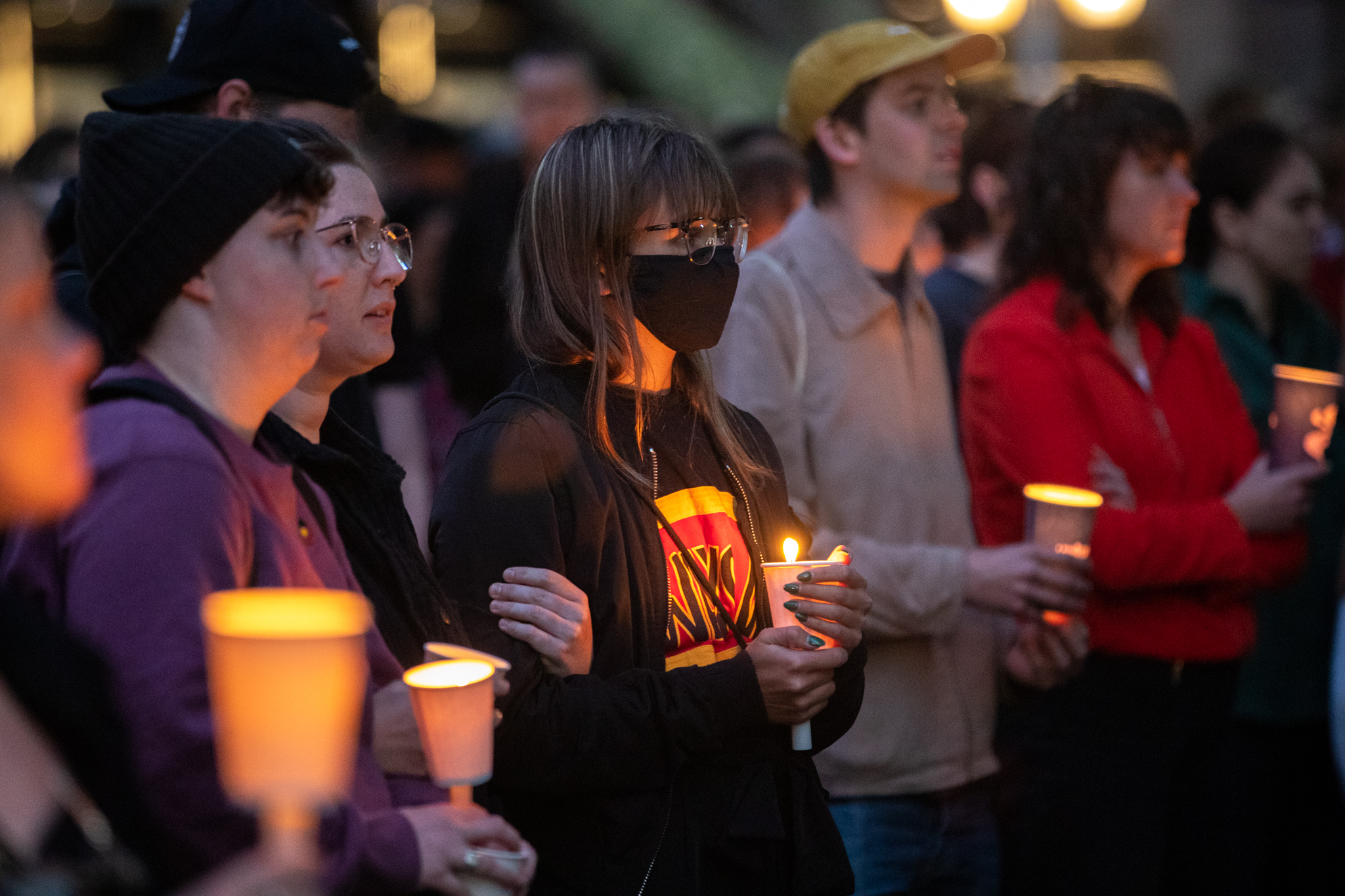 Attendees hold candles and listen to speakers at the vigil for Cassius Turvey in Sydney (Gadigal Country) on 2 November 2022. Photo: Joseph Mayers, supplied.

The death of 15 year-old Noongar-Yamatji boy Cassius Turvey, after being attacked by a group of men while walking home from school with his friends, has sparked outpourings of grief and anger across the country.

Aboriginal and Torres Strait Islander Elders have expressed their devastation at the dangers faced by their young people, even when walking home from school in their uniforms. Prime Minister Anthony Albanese said the attack was clearly “racially motivated.”

First Nations journalists Narelda Jabobs and Tony Armstrong were among others who criticised mainstream media for falling silent on Cassius’ death and the broader context of racialised violence in which it occurred.

People gathered at multiple vigils and rallies around the country in weeks following Cassius’ murder, to remember him and to demand justice.

Aboriginal and Torres Strait Islander students in NSW will soon be able to study their lanuguage at school.

The benefits for First Nations kids learning language have long been understood, and now a government revamp of the state's Aboriginal languages syllabus has placed an unprecedented emphasis on the subject.

The syllabus will be offered in two streams: one for first-time learners, and tailored classes for Aboriginal and Torres Strait Islander kids already speaking their language at home.

Narragunnawali Awards 2021 finalist, Briar Road Public School, has been building its Aboriginal languages program for the past three years under principal Tammy Anderson. “We partnered with an Aboriginal organisation which is a really important part of doing things authentically,” Anderson said.

Birthing on Country, run by Waminda - South Coast Women's Health & Welfare Aboriginal Corp and Charles Darwin University, is a continuation of thousands of years of knowledge and practice. With increased support in recent years, these programs aim to close the child mortality gap between Aboriginal and Torres Strait Islander communities and non-Indigenous communities through ongoing holistic support to mothers from when they fall pregnant until after they give birth.

Read more about the Waminda Birthing on Yuin Country Model Of Care.