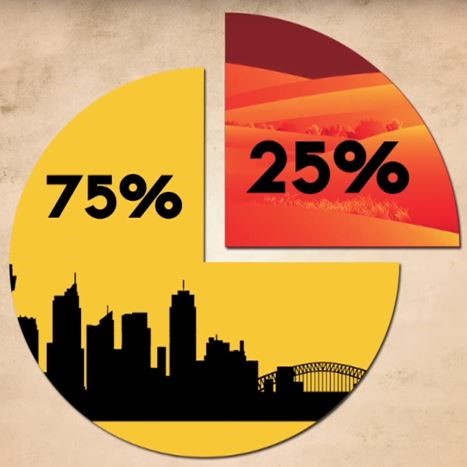 The information and resources in this guide help teachers and educators embed important ideas around reconciliation and Aboriginal and Torres Strait Islander histories, cultures and contributions in Mathematics subjects.

‘In Australia, mathematical systems have been developed over tens of thousands of years to create intricate kinship systems ensuring genetic vigor...Weight systems were based not on numbers, but on patterns of natural objects such as shells…Geometry was used in calculating time according to the angles and position of the sun, moon and stars at different times, governing predictions about seasons and weather…Although in many Australian Indigenous cultures numbers had no names beyond three, large-scale quantifying was still used in records and calculations through patterns and diagrams on rocks, trees, bark and message sticks…Many language groups in New South Wales developed base five number systems. Calculators for this were developed based on one-to-one correspondence, using materials such as honky nuts (like a disposable abacus system), and served to perform calculations of addition, subtraction, multiplication and division.’

Aboriginal and Torres Strait Islander Mathematicians, Programs, and Other Events