Reconciliation in the Media – More Than a Word

Taking positive action towards reconciliation can be as simple as starting a conversation, asking questions, or even looking in our own backyard.

Learning the truths and pains of Australia’s histories with Aboriginal and Torres Strait Islander peoples may make us uncomfortable, but we owe it to ancestors passed who lived through the colonial policies, to Elders and community members still living with the effects of those same policies, and to the future generations.

May we look back to learn, grow and stop history repeating itself.

You are a part of the general flow of history, and as such what is happening and what has happened is partly your responsibility. You are tied historically to the good and the bad things that have happened, and as an active player in this moment in time you have some power to acknowledge these things and do something about them in some small way.

The below articles explore some various examples of types of action you might like to take with your students, colleagues and families within your community. Let us move from safe to brave together.

Connecting the past to the present and future generations 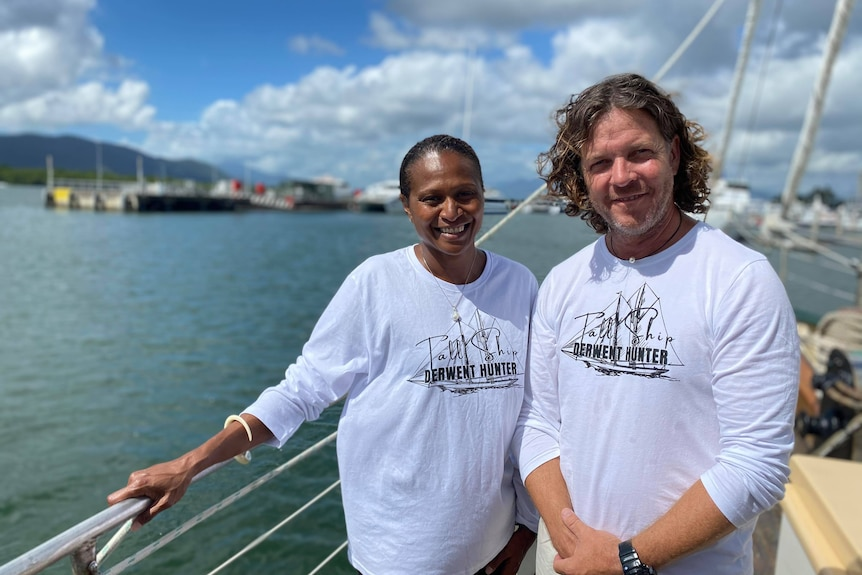 Ever heard of the term ‘Blackbirding’?

A new tourism venture using a sailing boat ‘The Derwent Hunter’ will be launching from Cairns, showcasing true histories of Blackbirding and Pearl Diving from far north Queensland and the Torres Strait Islands, connecting First Nations cultures and bringing people from all over the world on a journey through stories, seas and skies. Mike Smith and Sonia Minniecon, are entrepreneurs who are passionate about educating Australians about our history. In 2003, the couple founded Blackbird International, which connects families who were separated in the Pacific through blackbirding.

“Their new venture, the Saltwater Club, is based on the premise that the ocean is a double-edged sword, connecting cultures while at times causing disharmony and displacement.”

In our own backyard 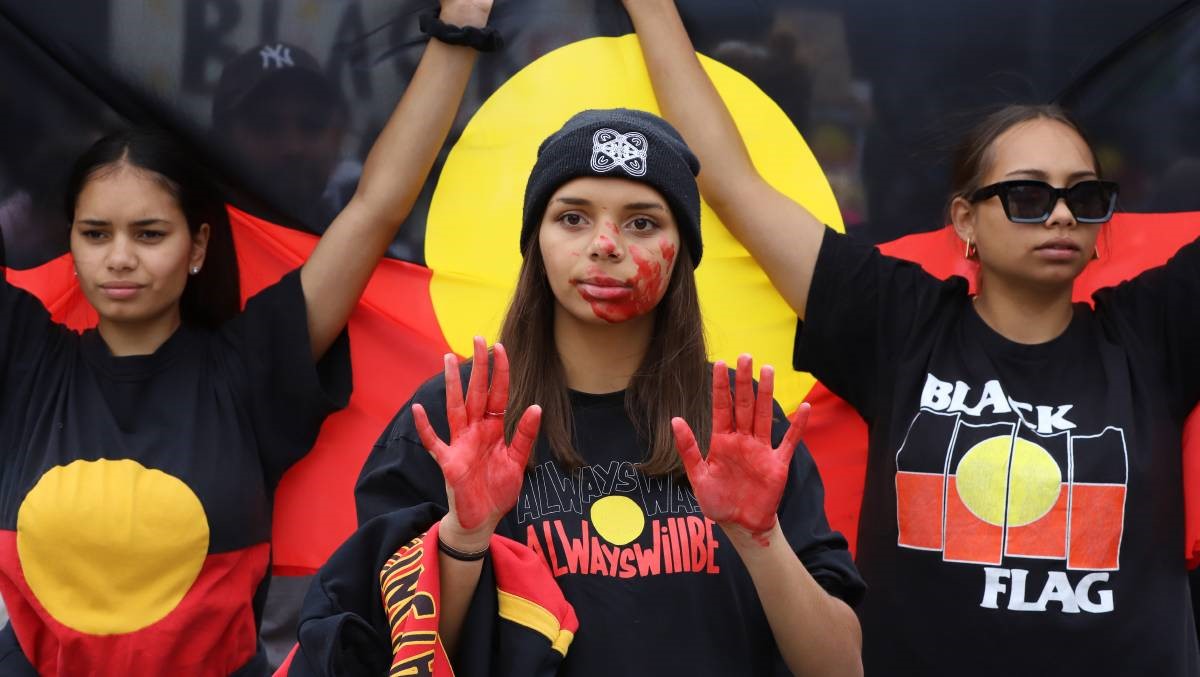 2020 highlighted for many the importance of social justice, and how an international event can lead to action within our own country. The outcry in America over the death of George Floyd at the hands of a police officer caused a series of protests and actions across Australia, with renewed focus on what has been happening in this country for generations.

In the Canberra Times article, Why don't white Australians connect with First Nations deaths in custody?, Jenna Price looks at the challenges faced by Aboriginal and Torres Strait Islander peoples in being heard, noting that “Australians tweeted in their thousands about the Chauvin conviction. The 30th anniversary of the Royal Commission into Aboriginal Deaths in Custody, not quite so much”.

Chelsea Watego says “It is government policy for kids to go to school, for parents to go to work and to create safe communities. But Closing the Gap at present is an annual stocktake of death and failure - it hasn't resulted in innovation, change or justice for Indigenous people. So if we can't rely on white leadership or white government policies to at least assist in addressing inequality, what's possible?”

Hannah McGlade speaks to reconciliation and the current lack of institutional integrity: “But in Australia, Hannah says, the reconciliation movement is not as alive as it should be. We know there is a movement of non-Aboriginal people who are caring and concerned about Aboriginal lives, and they have turned up at rallies, but we also have people who do not think Black deaths in custody is their problem, and that is a reflection of our state of affairs and the lack of leadership from government."

In the Sydney Morning Herald article, What the George Floyd verdict means for Australia, University of Melbourne human rights lecturer Carla Winston responds to Chauvin’s conviction for the death of George Floyd “The exhale was not that this is a good thing, it’s that this wasn’t worse, that Chauvin being acquitted would have been so much worse. The conviction is the system functioning to its barest minimum standard.”

Labor MP Linda Burney said Indigenous incarceration and deaths in custody was an important issue in its own right: “It is critical it receives the focus it deserves, and not conflated with or dependent on events overseas.”

Chauvin’s conviction was a step in the right direction for USA, but with over 470 Aboriginal deaths in custody since the Royal Commission into Aboriginal Deaths in Custody Report in 1991, to date, not one of the Australian police force has been reprimanded for any of the offences.

Acting with integrity for all people – Truth-telling in the curriculum 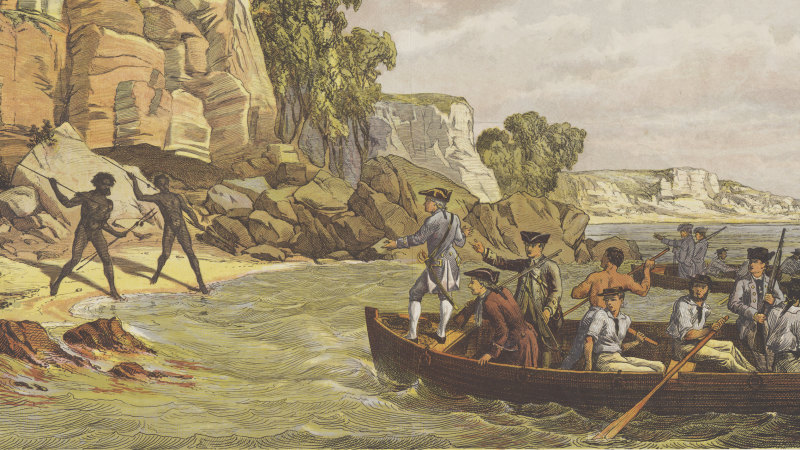 History, but from whose perspective? A lithograph depicting the arrival of the Endeavour, titled Captain Cook’s Landing at Botany Bay in 1770.CREDIT:NATIONAL LIBRARY OF AUSTRALIA

The recently proposed changes to the national curriculum made headlines in past weeks, with a greater emphasis on truth-telling and a recognition that “the First Peoples of Australia experienced colonisation as invasion and dispossession of land, sea and sky”.

Dujuan Hoosan of In My Blood It Runs responded “I feel real happy about those changes because that would mean we are actually telling the truth ... I think this will change people’s lives – all kids’ lives. So they won’t have to grow up thinking that Aboriginal people just gave up this country,” he said.

Co-ordinator of the National Indigenous Youth Education Coalition, Darumbal woman Hayley McQuire, said young people had been calling for these changes. “It’s really important that all young Australians are grounded in the truth of our past...This is actually about justice and healing, and how we want to move forward together as a country.”

In The Age article, Curriculum review: Schools already shedding ‘white-washed’ version of history, Adam Carey states the review “found numerous concerns with how that history and culture is taught, including a lack of “truth-telling” about First Nations’ experiences since the arrival of Europeans, and a failure “to recognise that they experienced colonisation as an invasion and dispossession of land, sea and sky”.

In an opinion piece titled It’s beyond time for truth-telling, but at least there’s a move in our schools Lawyer, and Wiradjuri/Wailwan woman Teela Reid states: “We should not underestimate the fact that the nation’s students are already engaged in these conversations, and about the rightful place of First Nations people. This and the next generations of young Australians are prepared to do what past generations failed to do; they are willing to respectfully engage in difficult dialogues about the truth of our past. This is the reckoning we have been waiting for. Unlike the leafy streets of Canberra where big decisions are made, the nation’s school students do not live in a bubble.”

Reid goes on to say “Schools are a fundamental pillar of our society; they have a duty to ensure the perspectives of Australia’s First Nations are core to the curriculum, not a side note in history or an elective option.”