Reconciliation in the Media – Grounded in Truth

Sharing some of Australia’s historical truths from a personal narrative, and listening to those truths, potentially for the first time, is equally as confronting and more often than not uncomfortable. Too much has been left out of text books and out of conversations. Below are a series of articles that explore the concept of truth-telling in different parts of the country.

The Killing Times, The Guardian March 2019

Earlier this year, The Guardian released a series and an interactive map titled ‘The Killing Times’ that shows various sites where mass killings in colonised Australia between 1788-1928. The map enables you to search and click deeper into reports of such incidents. Accompanying the map is a series of feature articles and opinion pieces that explore some of these histories as well as the question “are we ready for truth telling?”

‘The stories of “the killing times” are the ones we have heard in secret, or told in hushed tones. They are not the stories that appear in our history books yet they refuse to go away.’ – ‘The Killing Times: the massacres of Aboriginal people Australia must confront’, Lorena Allam and Nick Evershed, The Guardian 4 March 2019.

While this part of our history since colonisation is confronting, it is important to recognise that these are everyone’s history regardless. Whether you have been part of this country for five minutes or for generations upon generations, as soon as you are on Australian soil, you are on Aboriginal or Torres Strait Islander land, and our history – the 120,000+ years of culture, knowledge and existence, as well as that from colonisation, is your history too.

This year’s National Reconciliation Week (NRW) theme asks everyone to ‘Walk together with Courage’. In the action of truth-telling, or in listening to other’s truths being told.

Please note: The Guardian’s interactive map includes reference to sites where violence occurred on the Australian frontier. This site does not contain images of people who have died. However, the historical records reproduced here use archaic terms that are offensive, and the themes and content within will be distressing to many people. 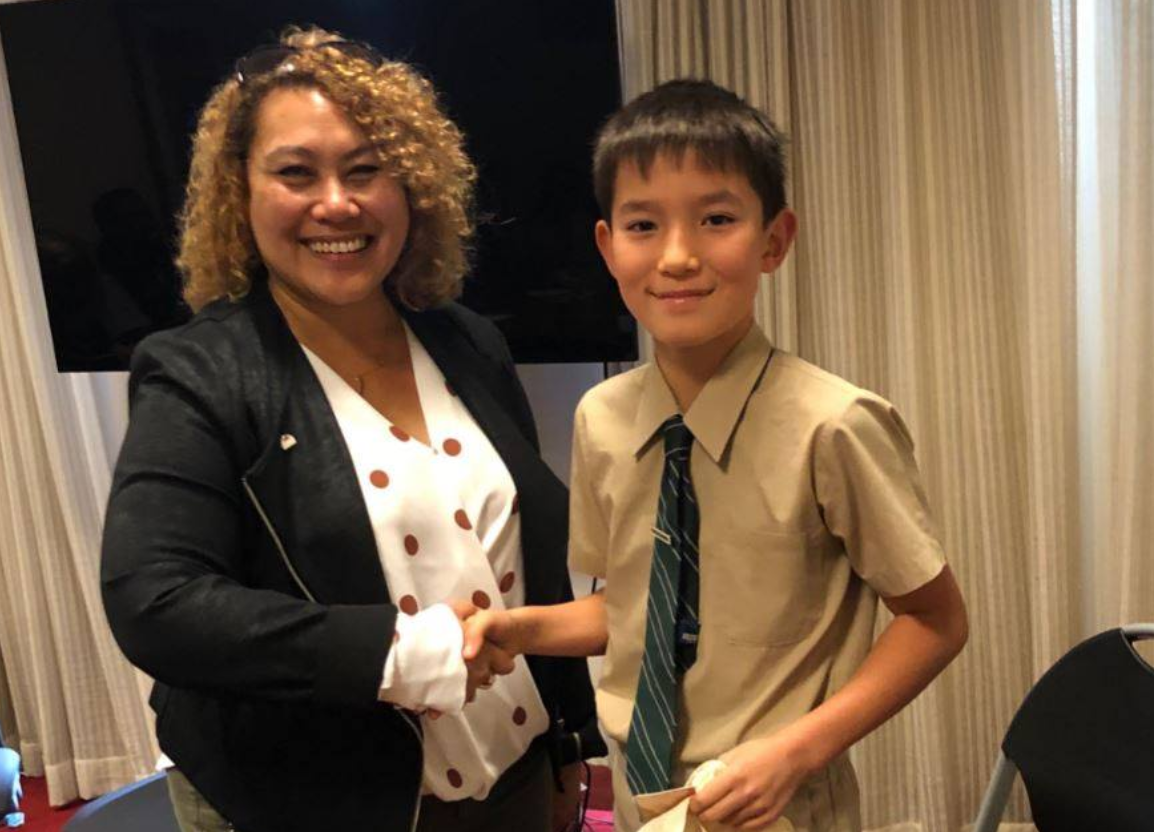 The importance of truth-telling and building respectful relationships lies in the vulnerability and integrity in which one delves into the prospect. Daniel, a year 6 student from Trinity Grammar came across the aforementioned series of articles ‘The Killing Times’ when reading through The Guardian. When learning these often hidden pieces of our shared history, Daniel was moved to use this in his school’s public speaking competition themed ‘Did you know?’.

Daniel is a non-Indigenous student who was confronted not only by what he learned, but how much he didn’t know prior to his exposure of some of the Aboriginal massacres that occurred around the country.

Daniel demonstrated understanding and empathy as he spoke about misconceptions in Australian history, and the relatively unknown history of genocide of Aboriginal and Torres Strait Islander peoples. Chief Executive Officer Karen Mundine said “Daniel was invited to close the meeting by reciting his speech which he did with great passion, bringing many of our staff to tears…It is very heartening to see young people like Daniel taking up the cause of reconciliation.”

Daniel was then presented with a badge, recognising him as a champion of reconciliation and some resources about the Narragunnawali program so he can continue to work toward reconciliation by creating a Reconciliation Action Plan when he returns to school. 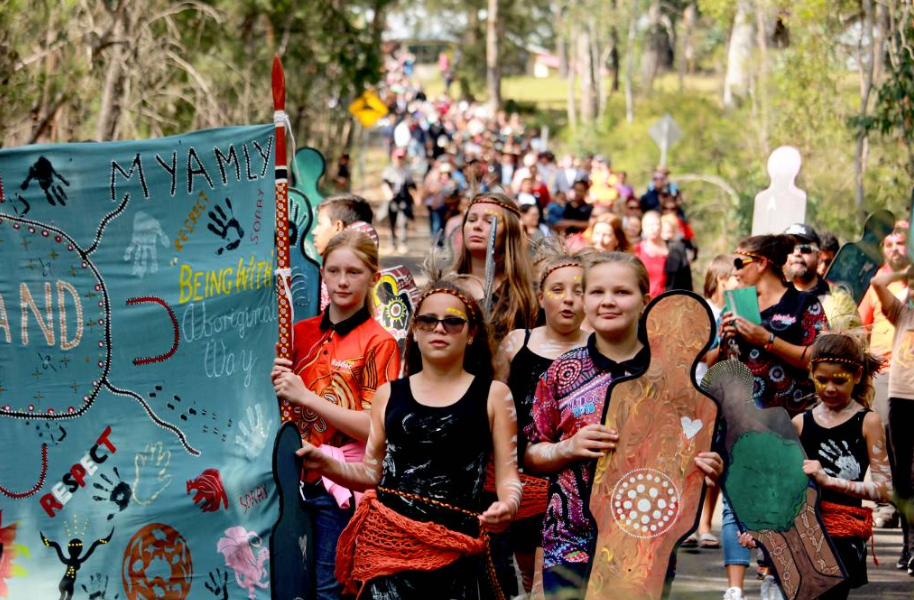 ‘The large crowd, including many young faces, parading down to the site of the memorial service alongside Cataract Dam’. Photograph by Jeff McGill.

On 14 April, hundreds of Indigenous and non-Indigenous people gathered at Cataract Dam, about 1.5 hours south of Sydney for a memorial service to pay their respects to the victims of the Appin Massacre. Organised by Winga Myamly Reconciliation Group, the Aboriginal community and supported by the local councils, each year the service marks and remembers the killing of Dharawal men, women and children 203 years ago, an act sanctioned by NSW Governor Lachlan Macquarie in 1816 to “inflict terrible and exemplary punishments” upon people living on the outskirts of Sydney.