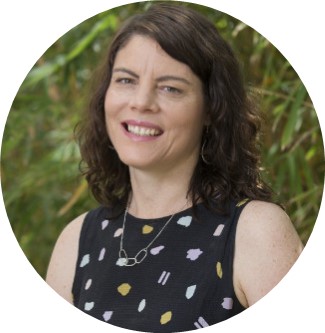 Dr Naomi Priest received her PhD in 2009 in population health at the University of Melbourne, going on to complete a National Health and Medical Research Council (NHMRC) post-doctoral fellowship in social epidemiology. In 2014-15 she was a Visiting Scientist at Harvard T.H. Chan School of Public Health. She now works at the ANU Centre for Social Research and Methods and the Murdoch Children’s Research Institute, Royal Children’s Hospital, Melbourne.

Tell us a bit about yourself, your research and teaching passions as an academic.

I'm currently a professor of social epidemiology. In a previous life I was a paediatric occupational therapist – I worked in rural and Metro communities in early childhood, and then made the transition to research.

There has been discussion recently that racism, as much as COVID-19, is a global public health crisis. Could you tell us more about this concept?

We've all seen and experienced how a virus clearly can have a massive impact on the whole population. And we've had to change our behaviour in terms of the evidence from scientists and health officials; How much lockdown do we need? What vaccine is the most effective? But we've also got another pandemic, and that's the pandemic of racism. Many of the top medical journals such as the Lancet, the British Medical Journal and the U.S Center for Disease Control have named racism a public health crisis and called it the ‘other pandemic’.

I don't think it's an underestimation to say that racism has caused more sickness and mortality than COVID has. We need to be paying as much attention to dismantling racism as we have to responding to COVID. How do we protect our society against racism and its effects? This is a public health issue but it’s also a moral and human rights issue.

What are some of the different types of racism that exist with the community?

Racism is an ideology, it's a system of power that creates and ranks different social groups into hierarchies and then allocates resources and opportunities according to that ranking.

Systemic racism describes the ways different systems and institutions of society reinforce each other to advantage groups considered superior, and disadvantage those considered inferior. Since colonisation, systemic and institutional racism has been foundational to Australia with historical and contemporary racism continuing to impact Aboriginal and Torres Strait Islander peoples, including children and young people.

Interpersonal racism refers to racism between individuals. This form of racism is what is commonly considered racism in the media and even in schools. It is important to remember that this is only the tip of the iceberg and is only one small part of the complex and multiple way in which racism exists and impacts on individuals and communities.

Intrapersonal, or internalised racism, is where individuals take on the beliefs about their own group from wider society. For example, a student believing they can’t be good at maths because of their background or they need to conform to white standards of appearance or beauty because that's the dominant message in society.

Why is it that attention to race relations (and anti-racism itself) important in fostering reconciliation in in education?

Addressing racism is fundamental to reconciliation. Many Aboriginal and Torres Strait Islander leaders, people and communities have been telling us for a long time that we truly won't have reconciliation until we seriously grapple with and address racism at its core. And this must go beyond addressing racism at an interpersonal level to deeply transforming our systems and ways of being and working, across school and institutional levels and right society.

Tell us about the Speak Out Against Racism (SOAR) program, and the learnings and teachings which have come out of it?

The Speak Out Against Racism (SOAR) project is a major research study focused on understanding and addressing experiences and attitudes to racism and racial discrimination in Australian schools. SOAR has two components: a survey, and a program.

For the survey, we collected data from over 4500 school students across Victoria and New South Wales about their experiences of racism at school and its impact on their health and wellbeing. This highlighted the high burden of racism experienced by Aboriginal and Torres Strait Islander students, and by students from ethnic minoritised backgrounds. We also found racism experiences were linked to poorer mental health and sleep in students, as well as higher blood pressure and levels of inflammation.

In the second part of SOAR we developed, piloted, and tested an anti-racism intervention for primary schools. This highlighted that the most effective anti-racism action takes a whole school approach. The SOAR program includes an audit tool for schools to look at their policies and practices, training for teachers in understanding race and racism, a six-week classroom lesson plan, and then students themselves committing to and leading anti-racism action in their schools and communities. We’re now looking at how we can expand and further adapt SOAR and make that program available more broadly.

What is the most important advice for educators, and educational communities, in looking at taking that next step to tackling racism?

We were recently commissioned to do an evidence review on this issue for VicHealth. This review identified some key principles for tackling racism among children and young people. They include:

•    Racism must be named and address explicitly at a systemic institutional level.
Too often we focus attention on addressing the outcomes of racism, not actually addressing racism itself and naming it explicitly.
•    Aboriginal and Torres Strait Islander sovereignty and leadership must be foregrounded from the beginning.
•    Anti-racism action must be developmentally and life-course appropriate; Work in partnership with community groups as well as children and young people as architects and active participants.
•    Pay attention to the principle of do no harm. There is a lot of evidence that poorly designed interventions can cause distress and harm to those who bear the burdens of racism and also can reinforce not reduce prejudice and stereotypes

It’s also important to remember that racism creates race as a powerful social category. Race is not a biological concept. There is overwhelming scientific evidence showing race is not biological and that genetic variation does not map onto the racial groups used in society. But that doesn't mean we shouldn't talk about race at all. Race is a meaningful social category, and it has powerful impacts on who gets access to opportunities, resources, and power, and who does not. It’s essential that all of us, including children and young people, develop strong literacy of racism and of race.

To learn more about Naomi’s work in anti-racism in education, see the below resources;